The Tangible AR part of the project explores a new user interface for users to manipulate the virtual world and retrieve data on a macro scale. It gives users a physical landscape of the virtual world with a set of tangible objects, and users can place the tangibles on the lanscape and use a mobile device to see the co-located spatial 3D graphics, and then manipulate the corresponding virtual environment and query data with the aid of Vuforia AR markers. The mobile app is developed in Unity Engine. Both android and ios versions are developed and tested. 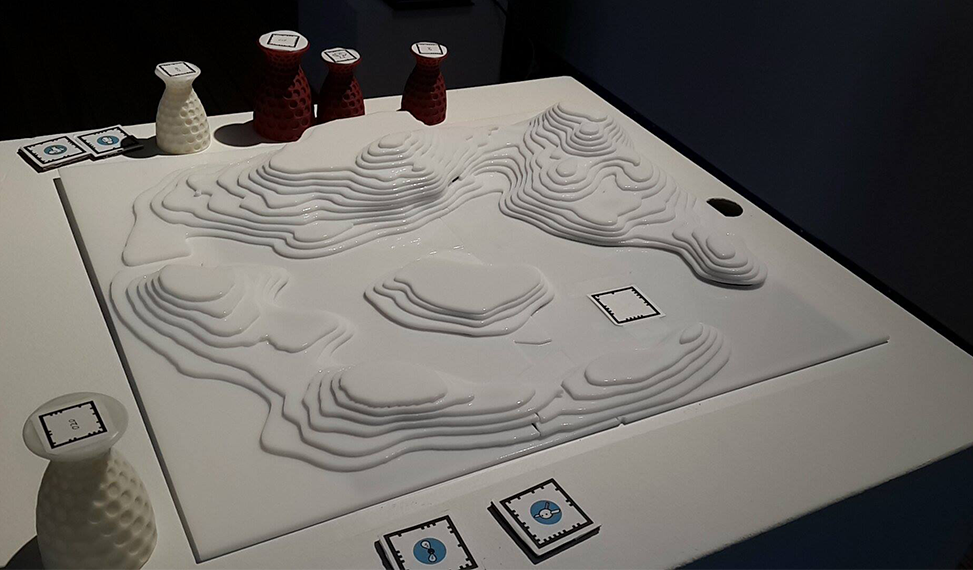 A 3D menu with AR videofeed as background. 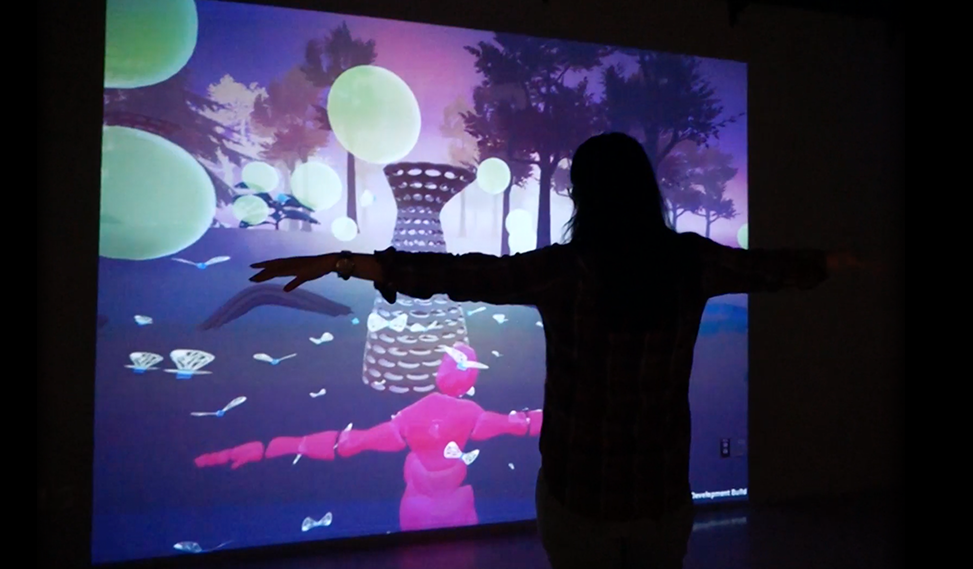 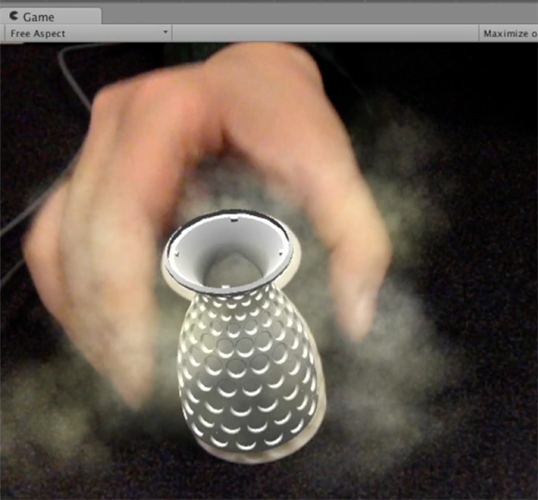 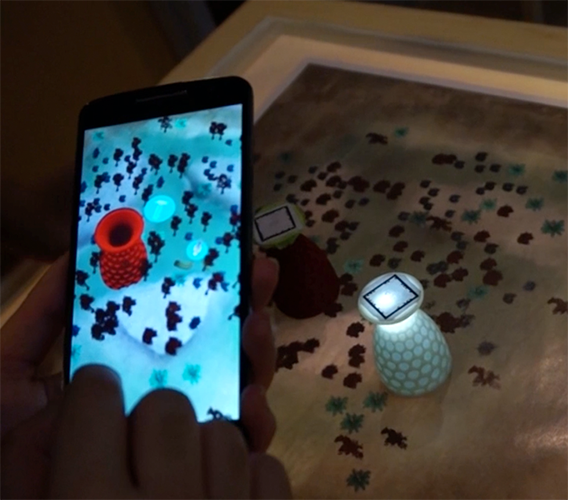 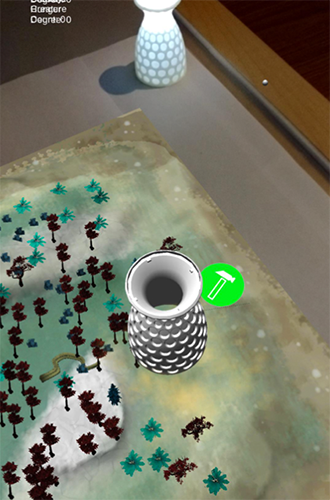 Test gestures and the 3D UI

My Role: Impelmentation of the 3D UI, Development of Weapons and Collision Programming in Unity using C#.